FDCPA complaints are at their lowest point since 2008, when there were 6117 lawsuits. 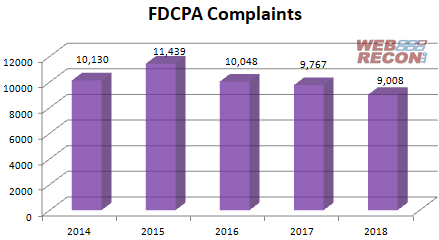 TCPA’s journey has been fairly symmetrical, rising every year since the beginning of the century through 2016 where it peaked at 4639 lawsuits. It has dropped each of the last two years in spite of easing regulation. Who know’s where it will end up in 2019? 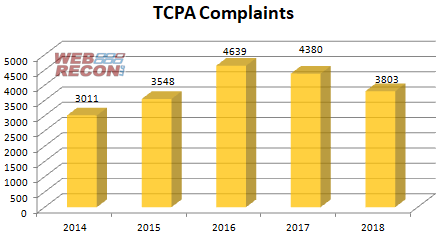 FCRA has been the big winner in recent years, rising every year since 2011. It is now the only consumer statute that has continued to increase in suits filed. 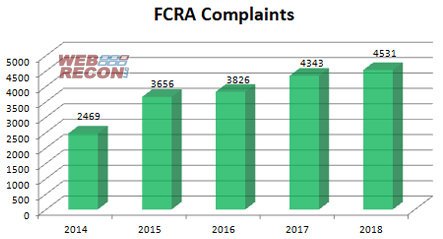 CFPB complaints have been robust, growing every year since the agency began tracking complaints. The last two years have seen pretty significant jumps in the volume of complaints filed against creditors and debt collectors. 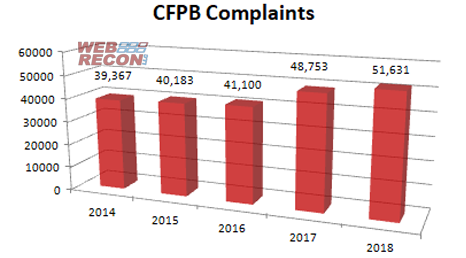 BBB is perhaps the most surprising stat after what some might describe as the bottom falling out from under TCPA. While we only have three solid years of data, they are showing very solid growth and a trajectory that might make debt collectors think about beefing up their BBB complaint response policies. Keep in mind, the BBB’s monthly numbers take a longer time than the other categories to fill in, so look for December’s BBB complaints to at least double, bringing the full year number closer to 68k. 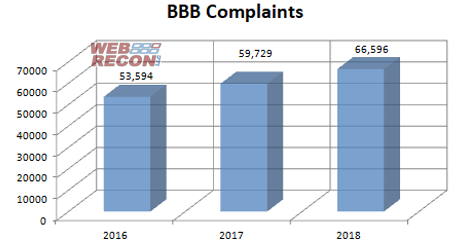 The BBB and CFPB numbers are still trickling in for the month so December numbers are tentative. But we don’t need to see the full numbers to recognize the dramatic growth in non-litigious complaints filed by consumers against debt collectors and creditors.

Litigation Summary (scroll down for BBB and BCFP data):

Number of Unique Plaintiffs for 2018: 13714 (including multiple plaintiffs in one suit)

The types of companies being complained about were: